Mauritius records more deaths per million than the UK, US, S.Africa, India
Advertisement 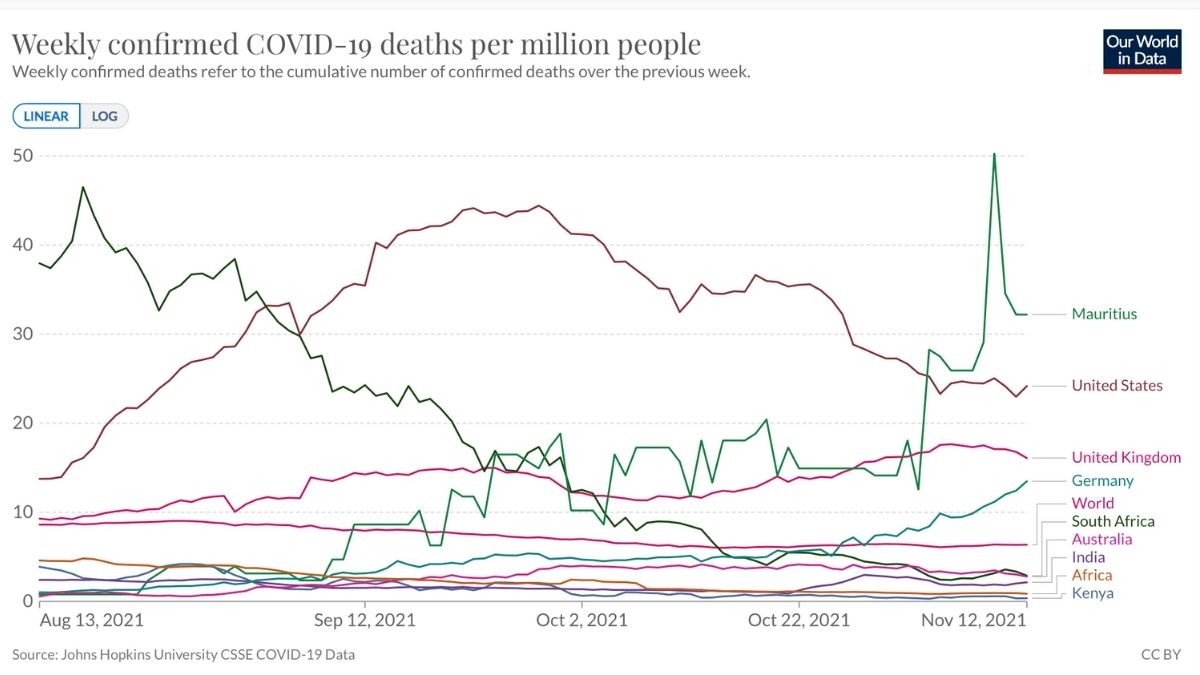 Mauritius recorded more deaths per million population than the US, the UK, India and South Africa over the past few days.

Our World in Data is supported by researchers of the University of Oxford.

The Mauritian ratio was also higher than the world average (6.36 per million).

Mauritius also reportedly recorded its highest peak on November 9, 2021 with 50.26 deaths per million.

The infamous ranking has been deplored by the Leader of the Opposition, Xavier-Luc Duval, who criticised the killer surge as being the result of the government’s alleged “incompetence“.

However, Defi Media reported that these data “should be taken with a pinch of salt”, citing government sources, who claimed the ranking “involves only a certain number of countries.”

The newspaper claimed that even if the number of deaths “is certainly on the rise, we must have all the data to establish if Mauritius is indeed at the top of the list.”

Health Minister Kailesh Jagutpal had reacted on the same day stating that “some deaths are attributed directly to COVID-19, while others to co-morbidities, even if the patients were positive for the virus.”