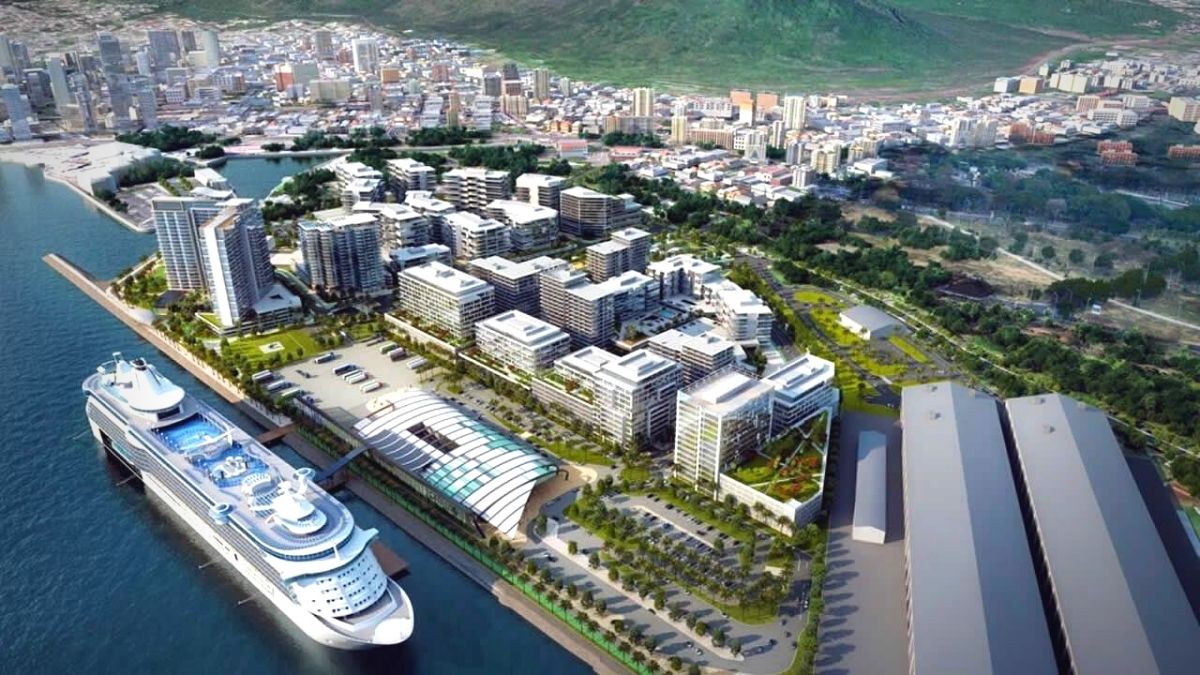 An artist view of the terminal, once completed

Construction is reportedly progressing on the new Port Louis Cruise Terminal in Mauritius, with completion projected in the second half of 2022.

Steel erection and site work are substantially complete and installation of the building’s exterior skin is soon to commence, according to Jim Rowe, the project’s lead design consultant was cited as telling the British publication, Seatrade Cruise News.

The ground transportation area, he said, is already operational and will be used to support transit calls this year.

The terminal will serve primarily as a homeport for international cruises but also will support secondary activities such as inter-island ferries, primary immigration processing for all vessels calling at Mauritius and an event space.

The terminal is sized to optimally process cruise ships with capacity for more than 4,000 passengers. Rowe said Mauritius will employ a direct air-sea transfer of passengers and baggage to make for an efficient and trouble-free multimodal experience between the airport and the vessel.

The plan also includes construction of a waterfront promenade linking the new developments to the central Port Louis business and historic districts.

Parks and passive and active leisure spaces are envisioned, too. A recently inaugurated aquarium, Odysseo, knits the new development to the existing urban fabric.

Bermello Ajamil & Partners is supported by local engineering firm GIBB Engineering Mauritius for both the cruise terminal and the waterfront regional planning projects.

The terminal is funded and managed by the Mauritius Ports Authority, which is beginning the process of seeking a facility operator.

The WHO grants emergency-use approval to India’s Covaxin