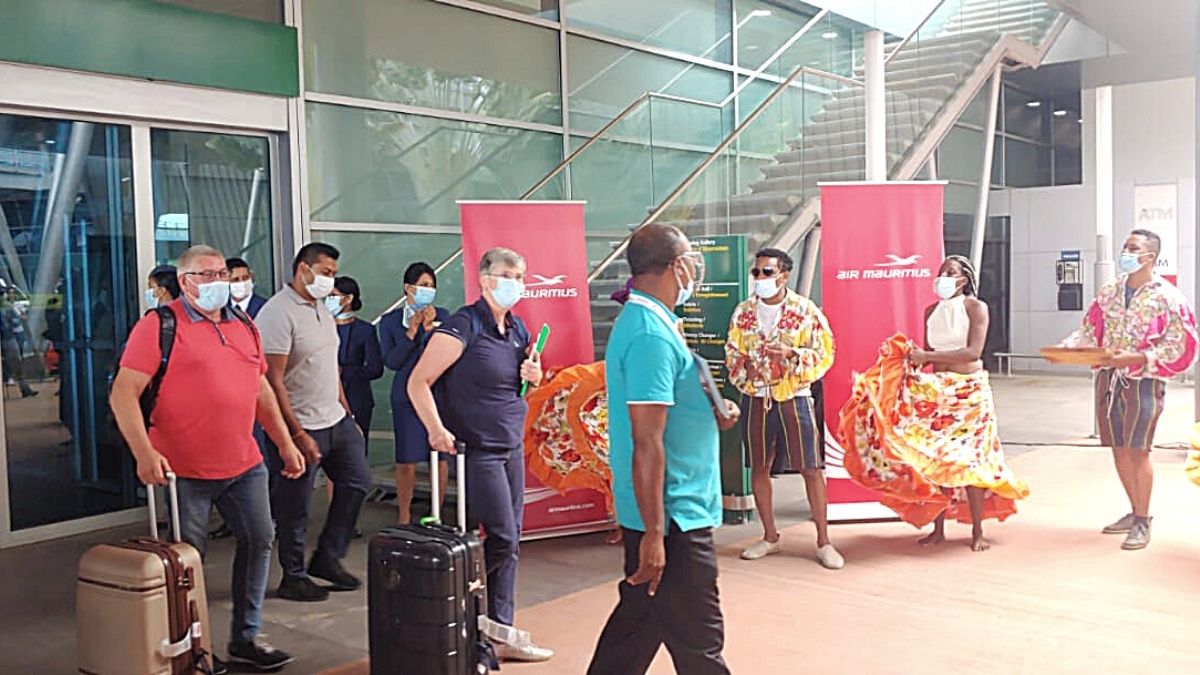 After 18 months of closure, the country’s borders are finally reopened to vaccinated tourists without them having to go through the quarantine box.

According to the Association of Hoteliers and Restaurateurs of Mauritius (AHRIM), hotel occupancy rates will be 30% to 35% for October, with some hotels claiming that 60% of rooms have been booked for early November.

Tourists were welcomed by traditional sega singers and dancers, as well as a guard of honor by employees of Airports of Mauritius.

However, L’Express has reported on the ‘mess’ at Plaisance Airport marked by long queues, lack of police officers, guides and personnel for PCR tests. It cited travellers as criticising the “ill-prepared operations on the critical grand opening…”

Upon boarding, the traveler should hold a negative PCR test, vaccination certificate, health insurance and proof of hotel reservation. Travelers will also have to undergo an antigen test on the day of arrival at the hotel and on the fifth day.

Not jabbed yet? Here are the places where you can, cannot go