Social activist arrested for asking to 'kick out' PM
Advertisement 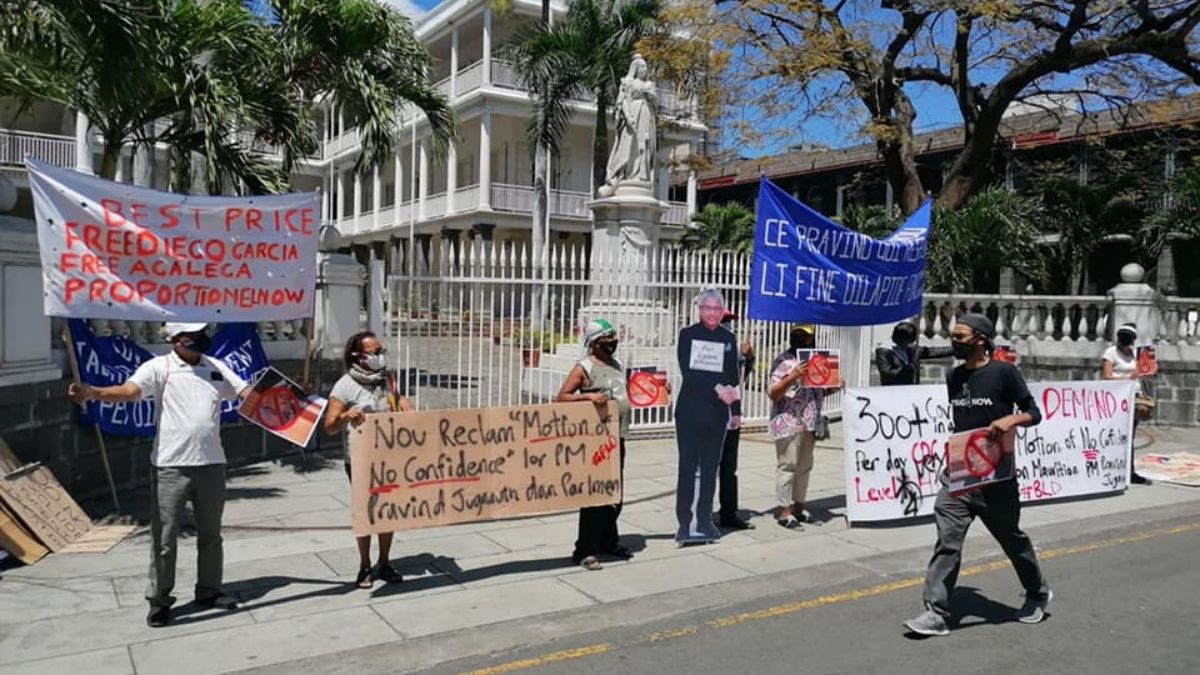 Social activist Ivann Bibi was arrested by the Central Criminal Investigation Division on Friday and released on bail later on the same day for having protested against the Government and PM Pravind Jugnauth outside Government House on September 21.

Ivann Bibi and several other activists had protested against the “mismanagement of public funds” which, according to him, “will lead the country towards the precipice”. Bibi had also severely criticized Jugnauth, asking opposition parties to push for a ‘motion of no confidence’ against him.

Bibi’s lawyer, Rama Valayden, said the Police consider the words “Bour li Dehor (Kick him out)” uttered by the activists and written on signboards as being “offensive.”

“They claim these words are offensive and against morality. But these are part of the local jargon,” he was cited as telling Le Mauricien.

Valayden fears that all protesters who use the words will be arrested.

Ivann Bibi is being charged with “Rogue and Vagabond.”