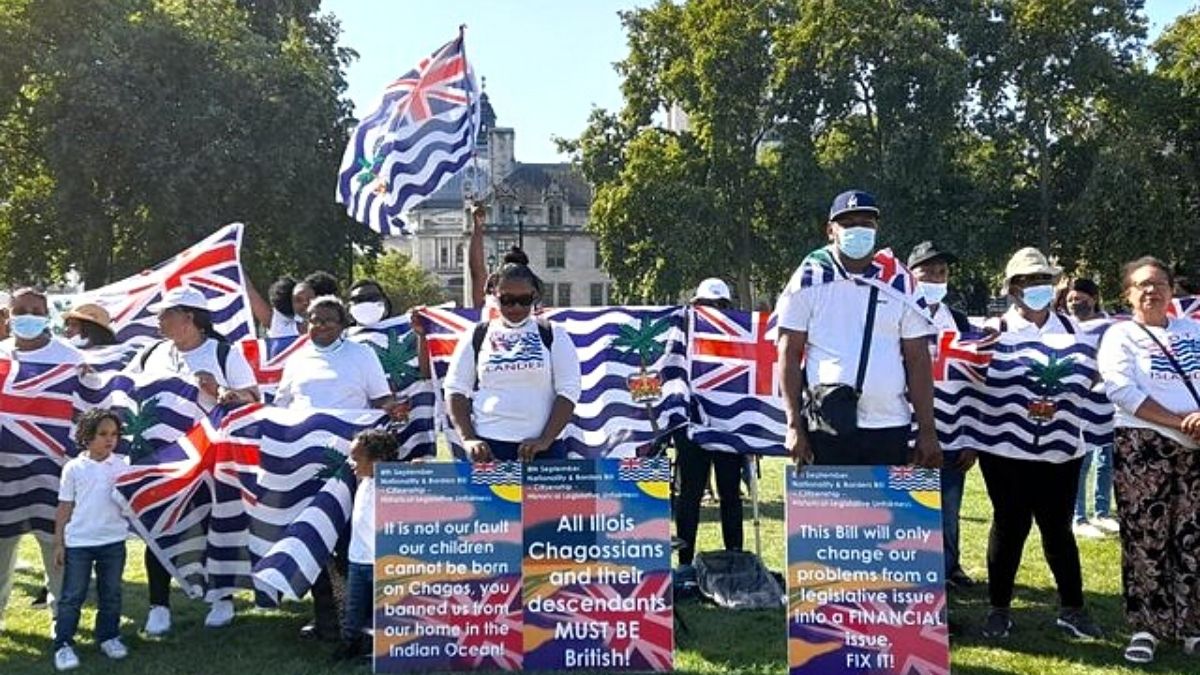 Descendants of the natives of the Chagos Islands held a protest outside the British Parliament this week in response to the Nationality and Borders Bill.

“Chagossians are not covered by the Bill, which went to the committee stage on Wednesday, even though they are descendants of British Indian Ocean Territories (BIOT),” it said.

The Chagossians’ situation, it added, is different to the other 13 BIOTs. It is not possible for people from the Chagos Islands and their descendents to be born on the islands of BIOT. An Order in Council since 2004 banned any Chagossians from living on their native land.

This order means that Chagossians cannot pass on their British Overseas Territory Citizenship (BOTC) to their children who are being born away from the BIOT.

“We are the victims of an extreme and brutal series of actions by British, United States and Mauritian governments… Such actions which were in violation of Human Rights to a horrific degree not performed by a western power for decades before,” Rosy L’Evêque, from BIOT Citizens, who is a descendant of the Chagos Islands, was quoted as saying.

Some Chagossians have reportedly already been deported from the UK because the Home Office did not grant them British Citizenship.

Full article at the Crawley and Horley Observer