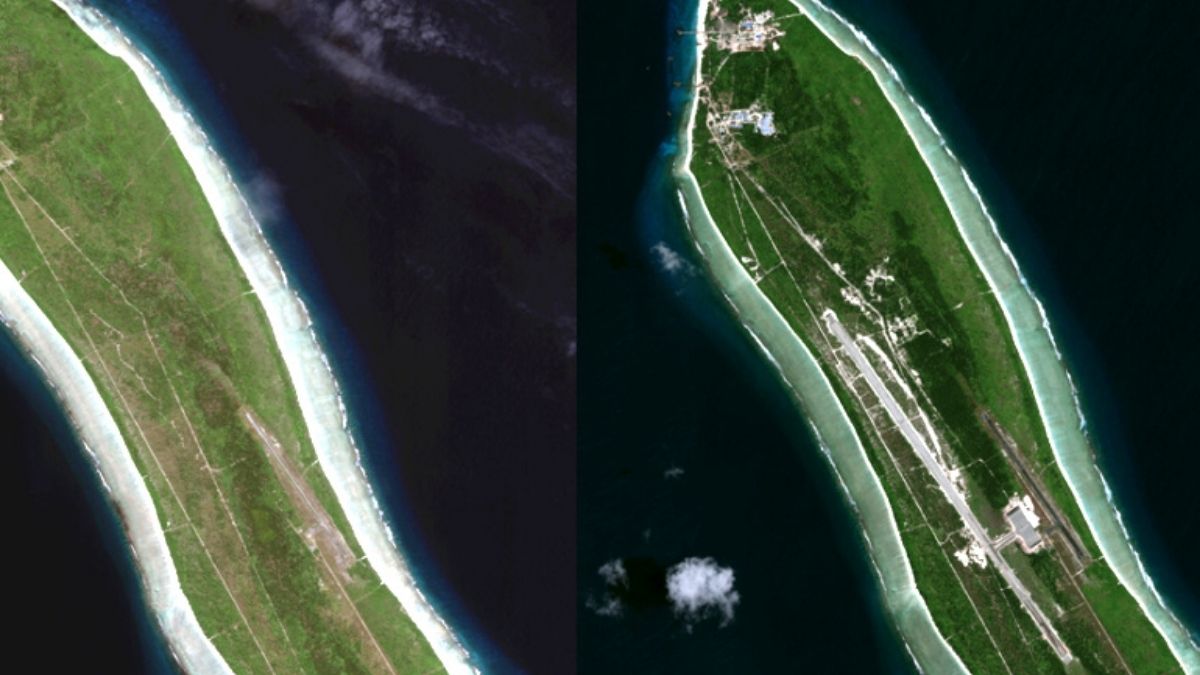 The public stand of Mauritius that India has not been allowed and is not building a military base in Agalega has been openly defied by an Australian security researcher.

In a note relayed by Al-Jazeera, Samuel Bashfield, a Research officer at the Australian National University’s National Security College has backed the findings of an extensive investigation into the development of a military facility on North Agaléga island, which is part of Mauritius.

“Although both the Mauritian and Indian governments are denying it, documents and witness accounts Al Jazeera has obtained indicate the construction of various infrastructure purposed for military activities, especially surveillance,” wrote Bashfield.

Al Jazeera reported last week on the construction of an airstrip and two jetties to house an Indian military base on Agalega, located about 1,000 kilometers (600 miles) north of the archipelago’s main island.

But on Wednesday, the Mauritian government denied any plans to allow a military installation on Agalega, home to about 300 people. “There is no agreement between Mauritius and India for the creation of a military base in Agalega,” Ken Arian, a communications adviser to Prime Minister Pravind Jugnauth, told AFP.

Arian said that although work was under way on two projects agreed during Indian Prime Minister Narendra Modi’s 2015 visit to Mauritius-a three-kilometer (1.8-mile) air strip and a jetty-they would not be used for military purposes.

But, the Australian researcher has questioned India’s assertions that these new facilities were part of its Security and Growth for All in the Region (SAGAR) policy, which aims to increase maritime cooperation between countries in the region. Mauritius, for its part, has indicated that its coastguard personnel will use the new facilities.

“But it is clear that the Indian investment of $250m in developing an airfield, port, and communications hub on this remote island is not aimed at helping Mauritius develop its capacity to police its territorial waters,” he said.

North and South Agaléga islands, which are home to approximately 300 ethnically Creole Agaléens, he added, are “currently a blind spot” for the Indian Navy.

The outpost at Agaléga will “be useful to support the operation of India’s fleet of Boeing P-8I maritime surveillance aircraft. The US-made P-8, based on the Boeing 737 passenger aircraft, is a cutting-edge maritime patrol aircraft, tasked with anti-submarine warfare, anti-surface warfare, and intelligence, surveillance and reconnaissance missions.”

“And Agaléga is not the only Indian Ocean island modified for P-8 use. For instance, military facilities on India’s Andaman and Nicobar Islands in the northeastern Indian Ocean, at the junction of the Bay of Bengal and the Andaman Sea, were also enhanced to better support India’s patrol aircraft missions,” Bashfield said.

“Time will tell exactly how India will make use of these facilities on Agaléga once completed later this year. Project specifics are still being tightly held by both the Indian and Mauritian governments.”

“Whether or not China is deterred by India’s surveillance efforts, Agaléga is now a pawn in this new era of major power competition across the Indian Ocean and indeed the wider Indo-Pacific region.”

The Chairman of the Equal Opportunities Commission passes away