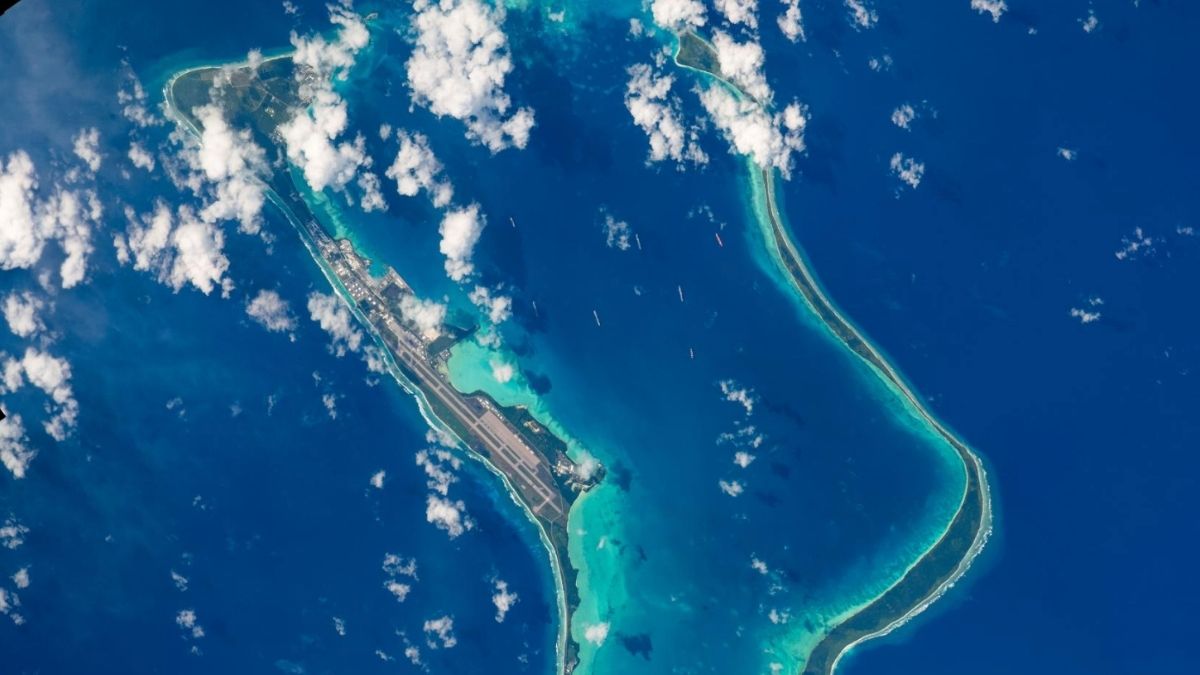 French astronaut Thomas Pesquet, who is currently orbiting the Earth aboard the International Space Station, shared on social networks a photo of the atoll of Diego Garcia with this sudden reversal:

“Diego Garcia Atoll. I didn’t know this island was a military base, and we learn about it every day.”

Diego Garcia is a atoll located in the Chagos Archipelago in the Indian Ocean, a territory being claimed by Mauritius. It is a military base that houses between 3,000 and 5,000 US soldiers. Note that Diego Garcia has also been designated as an emergency landing site for space missions by NASA.

One can clearly see several battle ships in the middle of the atoll.

The US presence on the atoll was called into question early last year when a United Nations court ruled that the British illegally took over the island. The court, in a non-binding decision, said that control of the territory should be returned to Mauritius.

Ukrainian tourists allowed in Mauritius, if…