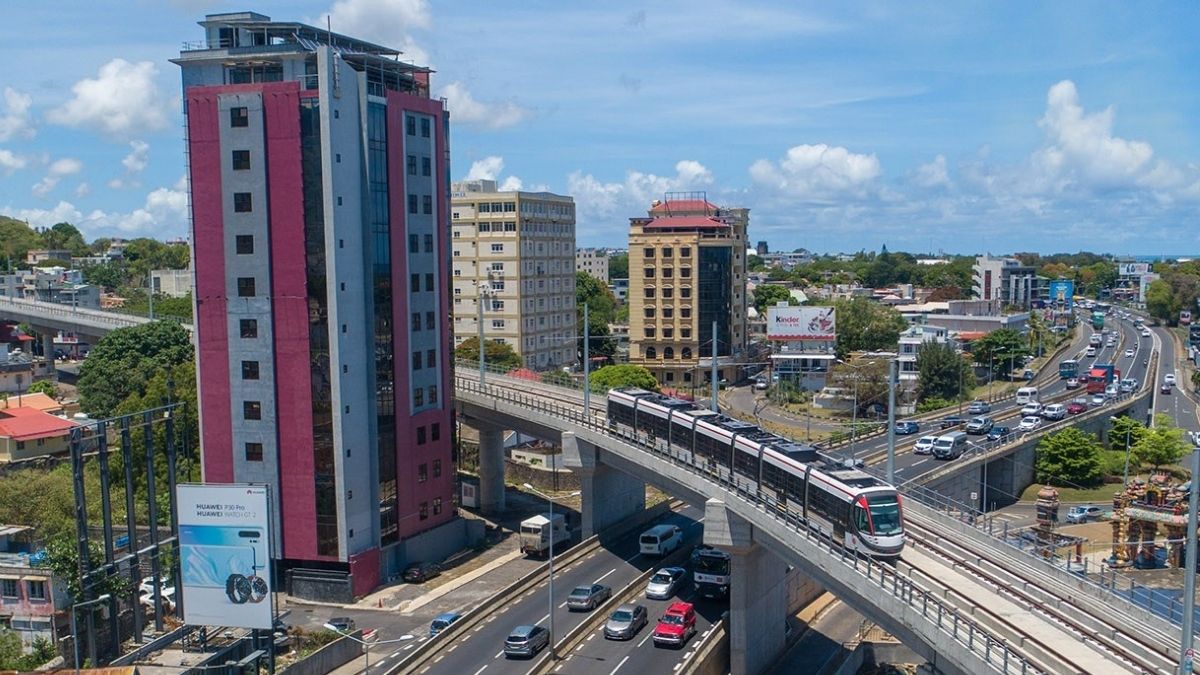 The operating speed of the trams has been considerably reduced near Decaen overpass. Photo credit: L&T Construction

Only 18 months after the tram (Metro) service went into operation between Rose-Hill and Caudan that alleged ‘structural defects’ have come to question the “workmanship” of contractor Larsen & Toubro.

Metro Express Ltd (MEL) have been quick to refute claims of “faulty workmanship”, but insist on the soil settlement to justify new measures being implemented, Week-End newspaper reported.

One such “security measure” is that the operating speed of the trams has been considerably reduced near Decaen overpass.

The problem, the newspaper added, is such that it has triggered the need to construct a new high-rise station, with the construction of a ramp to access it and related amenities. “All of this, we are told, for improvement work! We hope that Larsen & Toubro will give us more details on this and the exact nature of the works,” it said.

In the meantime, Week-End said official explanations from MEL are that “given the proximity with the metro section already in service, this will involve complex works which will have an impact on operations. Hence the idea of ​​setting up a temporary station, in front of the Decaen overpass, which will have the same facilities as the original station.”

MEL reportedly said “there were geotechnical issues at the Decaen site and the surrounding area, so we don’t want to have similar issues. Therefore, the improvement works will include the consolidation of the structures, among others!”

However, the newspaper highlighted that the “improvement works” will last at least six months.

Opposition MP Osman Mohamed, also a civil engineer, reportedly raised the issue in Parliament during the debates over amendments to the Construction Industry Development Board Act.

“There is reportedly a significant structural defect over a distance of about 100 meters which is the consequence of most likely poor design or poor workmanship which has and can put the safety of passengers at risk,” he told Parliament.

Alan Ganoo, Minister of Land Transport and Light Rail is said to have responded that Larsen & Toubro would foot the bill for all remedial works.

Court to investigate into the sinking of Sir Gaetan tugboat

The firsts to be convicted for breach of Quarantine Act are…