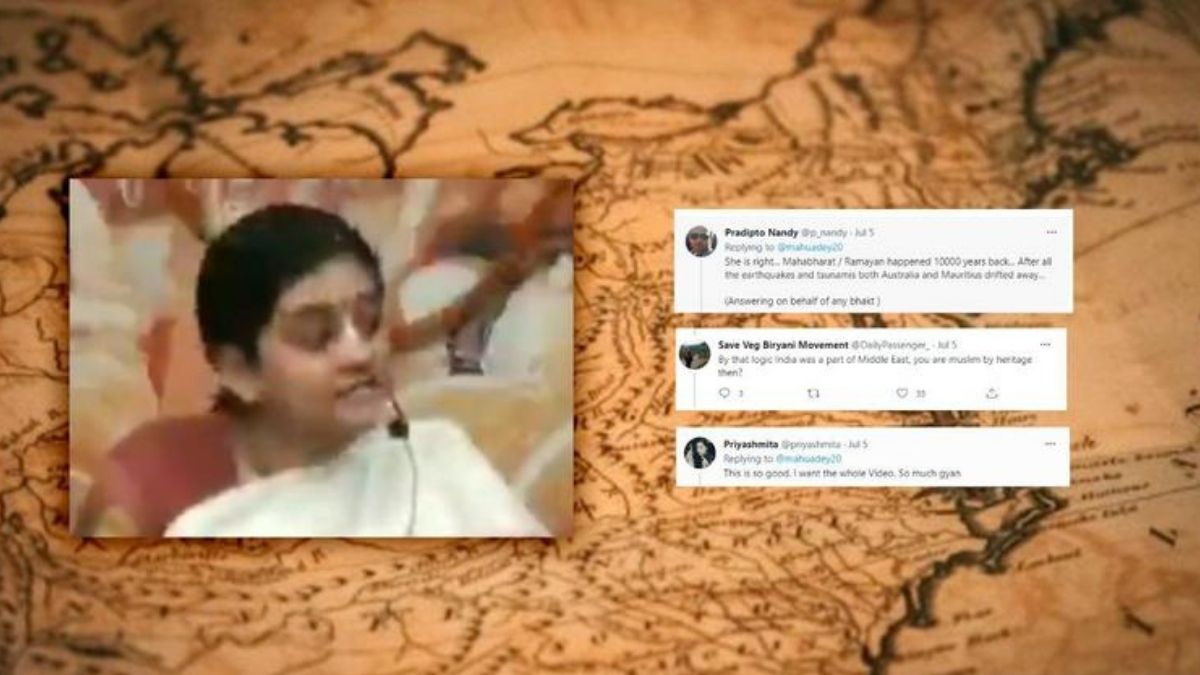 A woman has rendered the internet speechless with her discourse on the origin of some of the overseas countries, linking it to ancient mythology, as well as religion.

In a footage circulating on social media, the saree-clad woman, unidentified by the name, can be seen delivering a speech into the mic to presumably a crowd explaining the meaning of the names of Australia, Mauritius, and Africa.

She says that the actual names of these nations used to be ‘Astralay’, ‘Maricha’, and ‘Khushi Nagar’ as mentioned in the book ‘Mahabharata’ in Hinduism. These, she said, were the names of the countries “several thousand years ago”.

“It is now we call Australia. Do you know what the place Australia is? Australia means ‘Astralay’,” she tells the crowd. Furthermore, the woman confidently continues that this was where the ‘Pandavas’ from Mahabharata stockpiled their weapons.

She goes on to add, that Mauritius is the country where ‘Maricha, or the Mareecha’ (an antagonist in Hindu religion in Ramayana), had lived. She says that Mareecha’s palace was situated on the island.

Internet was left flabbergasted at the woman’s claims, as one joked, “She forgot the Vatican which was once Vatika.” Many others were shocked.

Dilip Kumar dies at 98, to get state funeral