The school girl who stood tall against 'discrimination'
Advertisement 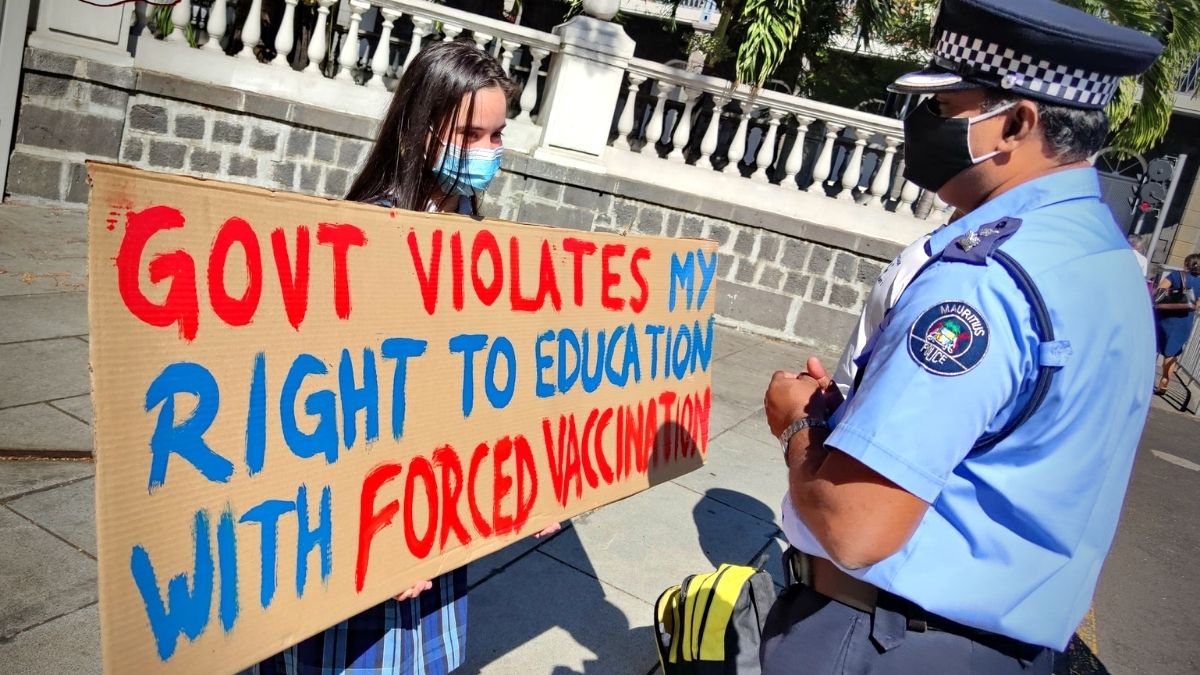 This image has flooded the social networks, it has been seen and shared by thousands.

During a peaceful protest in front of Parliament on Monday July 5, this young girl dressed in her school uniform, was pictured standing with a banner that read: “Government violates my right to education with forced vaccination.”

According to protest organizer, Ruben Pillay, the unnamed 18-year-old student of Loretto College “courageously stood in protest in front of policemen after being kicked out of school for the simple ‘crime’ of not being vaccinated.”

The latest Government regulations restrict access of all students above the age of 18 to their schools if they cannot present their COVID-19 vaccination card.

“This means that, according to the Government, she will NOT be allowed to carry on with her studies if she is not vaccinated,” Pillay claimed.

Dozens of students and teachers – who have either refused to be vaccinated or could not do so for medical reasons – were reportedly ousted from school premises this Monday as schools resumed after months.

During the protest, Pillay reportedly criticised the government for “forcing us to sign a consent” and “discriminating against those who have not been vaccinated.”