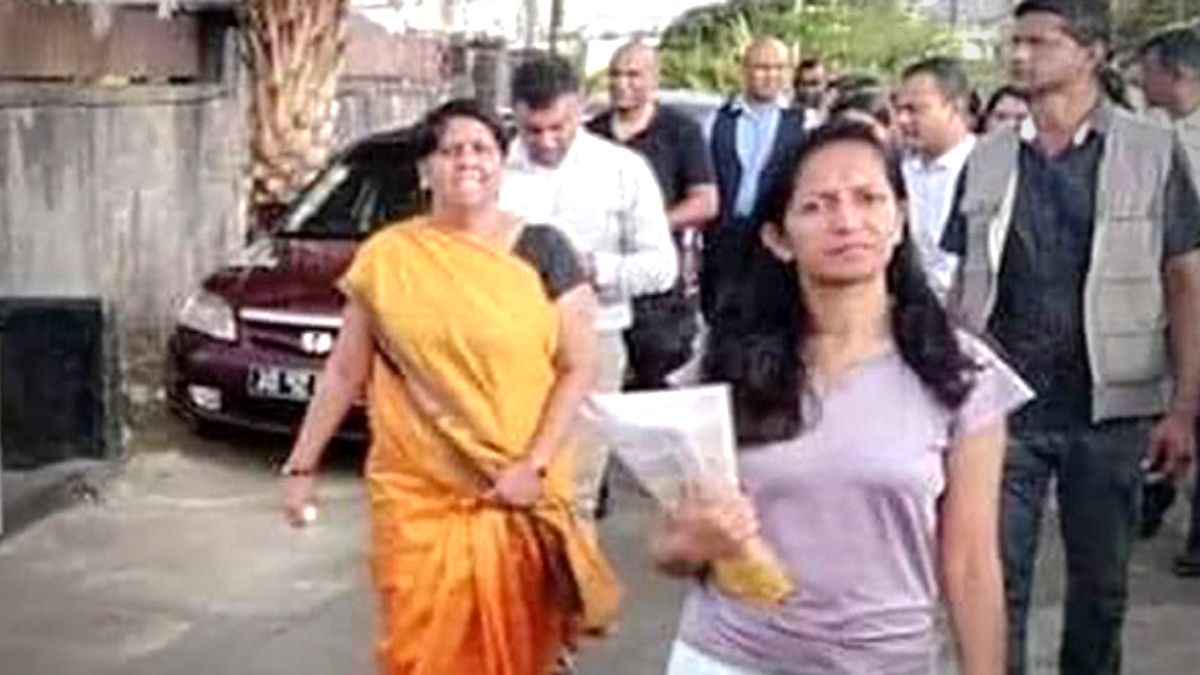 A Facebooker who was arrested on Friday after her “derogatory” and “offensive” remarks against people with disabilities, is being described as an agent of the ruling MSM party.

In a photo published by l’Express (see above), Rubina Seetharamdoo – who called “to kill all people with disabilities because they get everything for free, while others need to work” – was spotted as accompanying Deputy Prime Minister and Minister of Education Mrs Leela Devi Dookun-Luchoomun and her constituency co-MP Yogida Sawmynaden during the 2019 elections campaign.

The Facebooker, who drew a bustle of criticisms, was allegedly also a suspect in several cases of embezzlement, issuing cheques without funds and fake ‘help-the-poor’ donation campaigns.

“Despite complaints to the police and the Independent Commission against Corruption (ICAC), why was Rubina Seetharamdoo still free?” asked l’Express.

The newspaper said Seetharamdoo’s 10-year-old son has placed in the temporary custody of the elder siblings, all adults, with the approval of the Child Development Unit.

A resident of St-Pierre, Rubina Seetharamdoo was reportedly a popular face on Facebook, and known by the name of ‘Chachi’ (Aunty).

Mauritius sits down to devise a ‘more effective’ Africa strategy