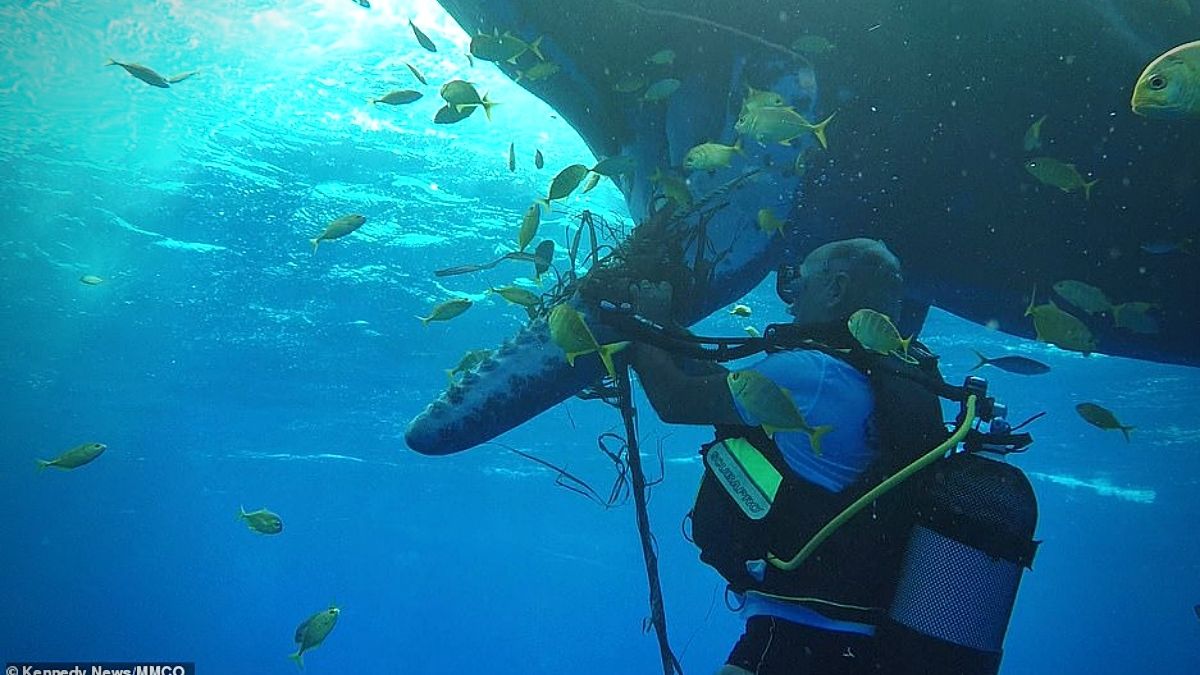 A brave Mauritian diver saved a ‘frightened’ giant sperm whale that he has ‘known’ for a decade – by slashing through ropes that had become wrapped around its lower jaw and anchored to the bottom of the ocean.

The amazing tale was highlighted by UK newspaper Daily Mail on July 2. The article also carried video footage and snapshots of the unique operation.

“After local Hugues Vitry heard about a tired whale dragging a line of buoys eight miles off Mauritius on May 15, he knew he had to help the stranded animal, which he had been following since it was born in 2011,” Daily Mail’s Darren Boyle reported.

“Mr Vitry jumped into the water alongside the 33ft mammal and quickly spotted its jaw was entangled with rope that disappeared more than 1.3 miles to the Indian Ocean floor – dragging the whale’s mouth wide open.”

It added that after taking a few minutes to calm the whale, Hugues painstakingly cut the ties with special scissors, making sure not to damage the flesh.

Having removed the majority of the rope from around its teeth, the whale reportedly plunged down into the deep to escape – before the freed buoys resurfaced minutes later.