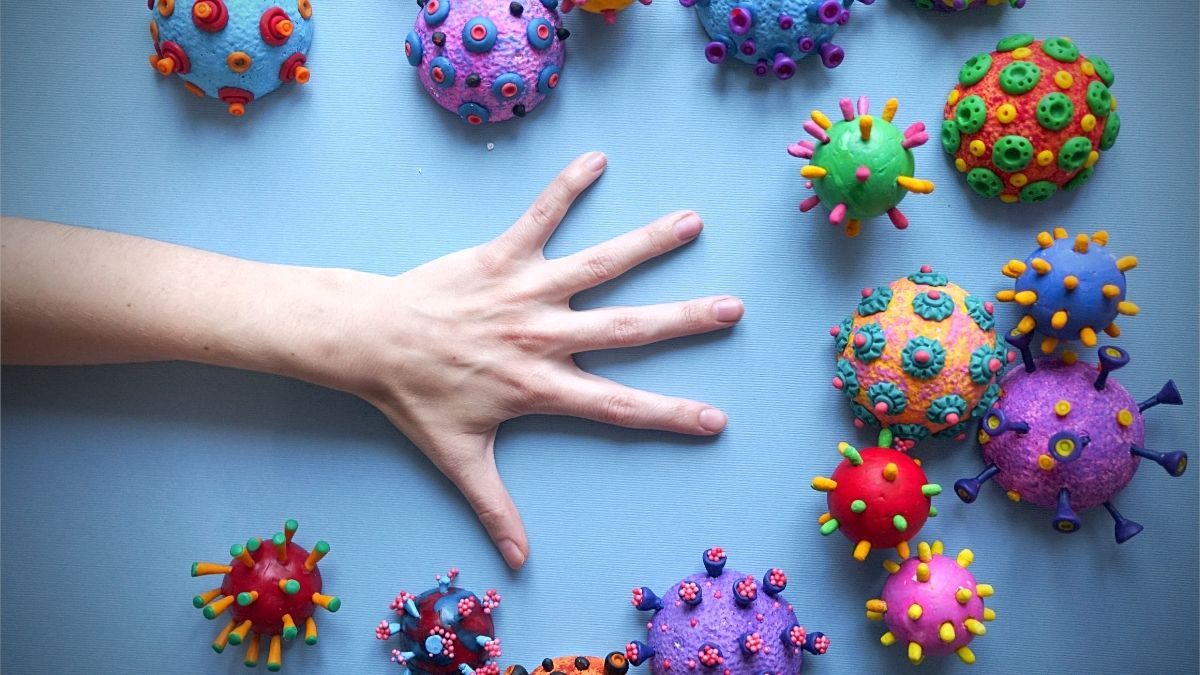 Underlining the key role of genomic surveillance in keeping tabs on the spread of SARS-CoV-2, a new medRxiv* preprint shows how a new variant called B.1.1.318 rose to dominance in the small island country of Mauritius, in the Indian Ocean.

First reported by Public Health England, this strain was introduced into Mauritius by a single passenger, in addition to other passengers carrying VOCs Beta (B.1.351) and Alpha (B.1.1.7). It caused a second outbreak here, dominating 154 sequences that comprised just over a tenth of all infections.

Since the beginning of the pandemic of coronavirus disease 2019 (COVID-19), caused by the SARS- CoV 2 pathogen, genomic surveillance has helped track the emergence and spread of new variants across the world. The sequenced genomes are uploaded to open-access platforms such as the Global Initiative for Sharing All Influenza Data (GISAID), which already contains over 1.6 million almost-complete sequences.

The patterns of global travel by air have contributed immensely to the rapid and widespread presence of viral spread. While most countries shut their borders following the impact of the first wave, the second bout of controversy regarding the need for restrictions on, and quarantine of, travelers was triggered by the identification of VOCs.

The history of the first wave in Mauritius

Mauritius has only 1.2 million inhabitants and experienced a small first wave in March 2020. It already required 14-day quarantines for all entering travelers from high-risk countries. The identification of the first few cases led to the implementation of a strict lockdown and closure of all entry points into the country.

This outbreak was controlled by about 340 countries. Travel bans were finally relaxed on 1 October 2020, subject to 14-day supervised quarantines and testing of all incoming passengers by reverse transcriptase polymerase chain reaction (RT PCR) before being allowed to enter the community at large.

Once VOCs were picked up, travelers coming directly from the UK and South Africa were restricted. One year after the first wave, in March 2021, a second local cluster of cases was picked up, and this was followed by over 650 local cases. Strict testing, contact tracing and case isolation led to control of this wave.

After the lifting of the travel ban, the beta variants from Africa and Europe, and of the alpha variant from Europe, were sequenced six and two times, respectively. Other sequenced genomes included one A.23.1, three of the B.1.177.4 and two of the B.1.36 lineage. However, none of these spilled over into the community.

The first actual local case marking the start of the second wave was reported on 5 March 2021. Several household, workplace and healthcare facility settings were then identified, followed by the second lockdown on 9 March 2021. Sequencing of 120 cases from the second wave, spread over the affected areas, showed that all belonged to the variant lineage B.1.1.318.

This is defined by 14 spike mutations. Several of these, such as the immune-evading mutations E484K, Y144del and probably T95I, and the transmissibility-promoting P681H, are shared by the alpha and/or beta variants. Since all of these defining mutations are also evolving, the scientists concluded that the second wave was the outcome of a single introduction of B.1.1.318.

The introduction into Mauritius appears to have been in the middle of February 2021, from Europe. Though the country prevented the introduction of fast-spreading alpha and beta variants after lifting travel bans, despite their identification in several quarantined travelers, these measures allowed this variant to enter – just once – and this drove a sizable local outbreak.

The entry point by which this strain was introduced into the community from the traveler quarantine system is yet to be identified and may remain so if it was the result of transit via travel hubs, since the countries which have reported the closest relatives of this variant were closed to Mauritius in February.

What are the implications?

No other country has reported this variant as being responsible for the majority of cases. Still, it has contributed to a fifth of sequences from Gabon, in Africa, and 7% of Togo sequences. Moreover, it has been reported repeatedly from the UK, US, Germany and Ireland, since the beginning of the pandemic.

The results suggest that this variant arose in Nigeria in December 2020, spread through multiple introductions to Europe the next month, followed by community transmission. Similarly, it was introduced to North America the same month, again from travelers from Africa, with repeated introductions from Europe over the next two months. It was introduced to Asia in late January 2021 but did not appear to have spread further. This lineage was able to successfully displace other variants only in Mauritius and in Greece until now. It is therefore important to understand the virus biology responsible for this phenomenon.

The four defining spike mutations in this variant are all adaptive, having arisen under positive selection pressures. Some of these may cause antibody escape but without hindering vaccine  efficacy. Others, like the P681H mutation, may affect viral transmissibility.
The researchers write:
“In conclusion, SARS-CoV-2 genomic surveillance in Mauritius demonstrated a second wave that was dominated by a VUI, despite PCR testing and quarantine effectively preventing local transmission of other variants. This report also highlights the need for continuous genomic surveillance to fully to understand the transmission dynamics of the VUI in Mauritius.”

*Important notice
medRxiv publishes preliminary scientific reports that are not peer-reviewed and, therefore, should
not be regarded as conclusive, guide clinical practice/health-related behavior, or treated as
established information.

The Making of Social Media Monsters


Subscribing for as little as USD10/month is the best way you can support our efforts.