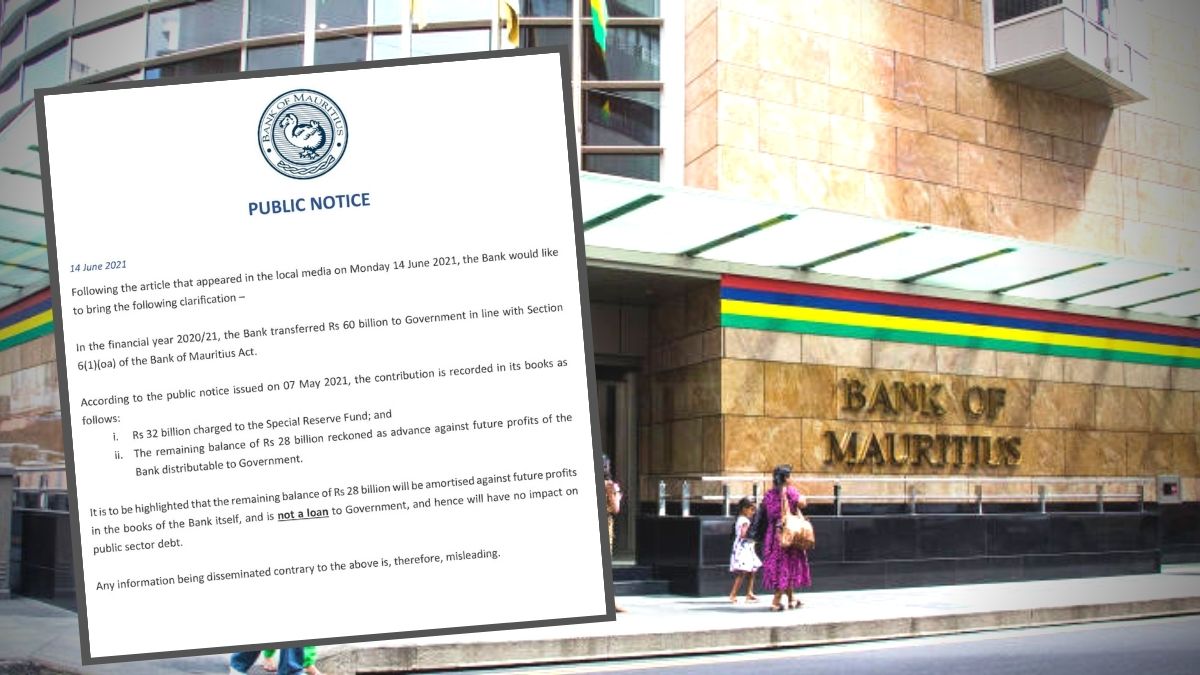 Is public debt higher than 100% of GDP instead of the 95% mentioned in the Budget? \

Opposition leader Xavier Duval claimed in Parliament on Tuesday that the Rs 28 billion disbursed by the Bank of Mauritius in favour of the government should have been included in the public debt calculation.

Ex-Finance Minister Rama Sithanen joined the fray to claim that “the Finance Minister hid the true size of the budget deficit. Being frank would have been better in this context.” Sithanen described the situation as a “cynical ploy to disguise the economical fiscal realities of the country.”

However, the Bank of Mauritius has issued a press release retorting that it transferred Rs 28 billion to the government as an“advance against future profits of the Bank distributable to Government… and not a loan to the government.”

As such, the BOM said the transfer “will have no impact on public sector debt.”

It further threatened that “any information being disseminated contrary to the above is, therefore, misleading.”

Since then, “creative accounting” memes have become rife on social networks.

The communique of the Bank of Mauritius is reproduced below: