The sun has set: SAJ dies at 91
Advertisement 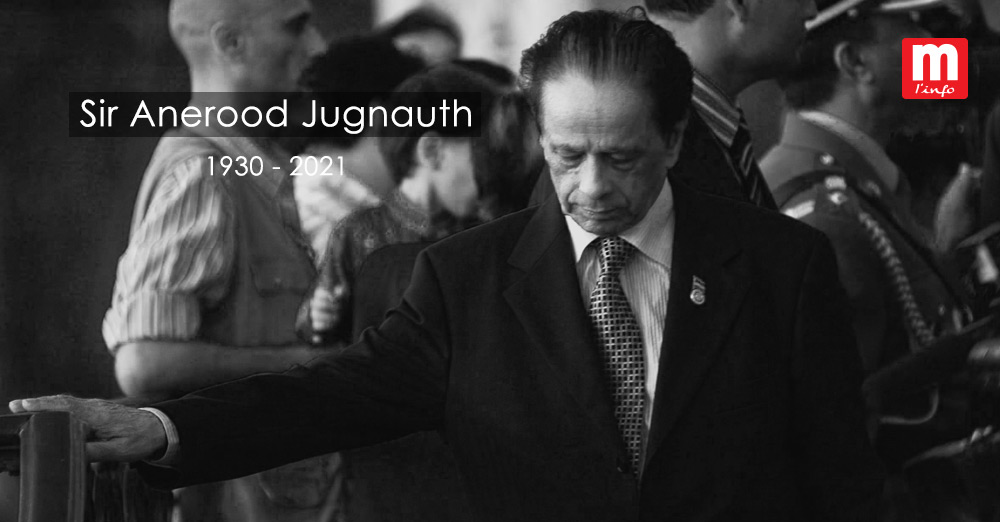 The former Prime Minister and also former President of Mauritius, Sir Anerood Jugnauth, who is credited with steering the country’s economic transformation as its longest-serving leader, had died aged 91.

“It is with deep sadness and greater regret that we announce the death of Sir Anerood Jugnauth on June 3 as a result of illness,” President Prithviraj Roopun announced Thursday evening. SAJ’s funeral is scheduled for this Saturday, June 5.  The funeral convoy will leave La Caverne at around 11 a.m. to head to the Pamplemousses Botanical Garden for cremation at 2pm. Two days of mourning has been declared, with the nation’s flag lowered to half mast on all public buildings.

Elected Prime Minister for the first of six times in 1982, Jugnauth – as leader of the MSM Party – would also serve two terms in the ceremonial role of President during a 35-year career.

Described by his followers as the  “Sun King” – the MSM’s symbol being the  sun – he resigned in 2017 and handed the reins of the MSM and the country to his son Pravind – which triggered popular outcry. Pravind Jugnauth won a subsequent five-year term at the ballot box in 2019.

Born March 29, 1930, Jugnauth trained as a lawyer and entered politics in 1963 when he was elected to parliament. In 1965, Jugnauth participated in a historic conference in London that paved the way for the adoption of a constitution in the then-British colony, and independence some three years later.

He has fiercely campaigned to have the Chagos Islands, a British overseas territory in the Indian Ocean that hosts a key US airbase, returned to Mauritius.

Over 200 parliamentary questions were not answered. That’s only for 2021.