Bruneau Laurette: "PM should be put on trial for high treason"
Advertisement 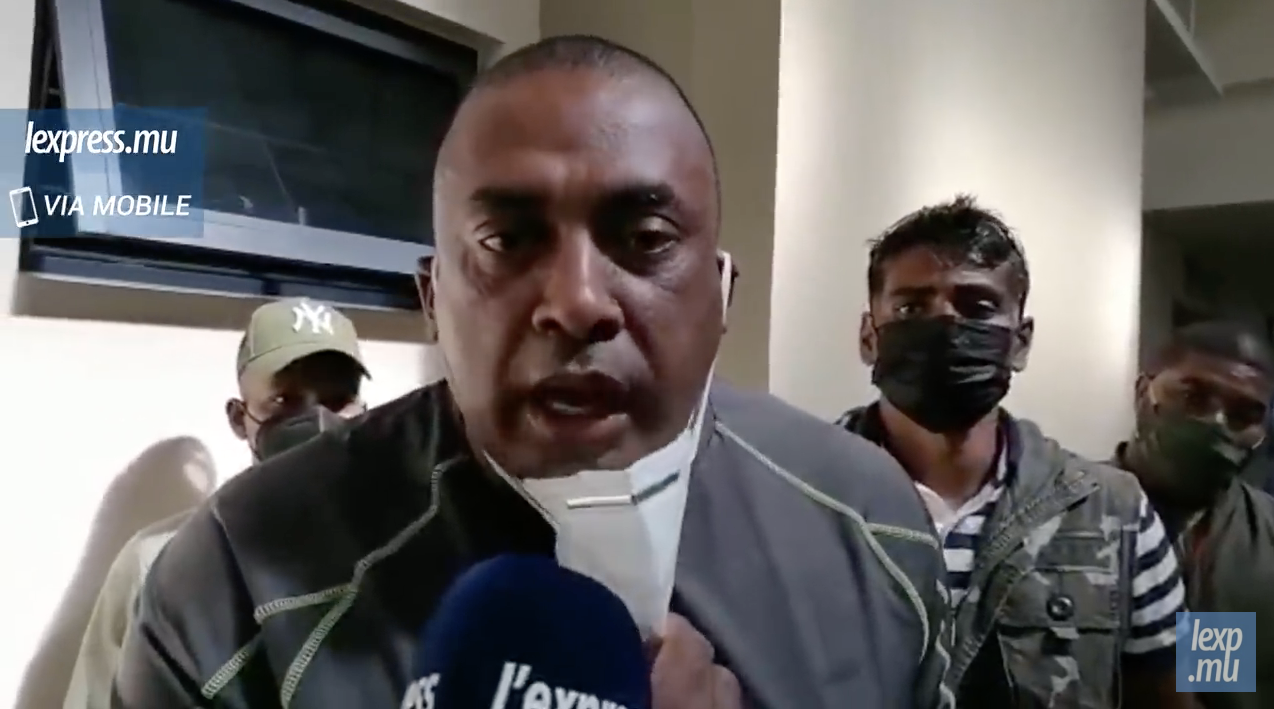 In a barely subtle media statement that has gone viral, social activist Bruneau Laurette has threatened PM Pravind Jugnauth that “he will get what he is looking for.”

Laurette, who also took part in the pro-Palestine march on Sunday, reportedly took off his facemask in front of the media to send a message to Jugnauth: “Pravind Jugnauth, your place is in prison for high treason. We’re living in a dictatorship. When there is a change in government, I’ll personally make sure you are tried for high treason for what you are doing to this country.”

He was reacting to an earlier statement by Pravind Jugnauth that the demonstration was illegal and organisers did not get approval from police.

Laurette claimed a senior police official linked to Pope Hennessy Police Station had given his verbal go-ahead for the march – which is now reportedly being described as illegal. “The Police Commissioner is a mere puppet in the hands of Jugnauth,” he claimed.

According to l’Express, he also criticised the way Valayden was picked up from his house at 2am to be questioned for 7 hours, before being released.

PM: “No agreement with India for military base in Agalega”